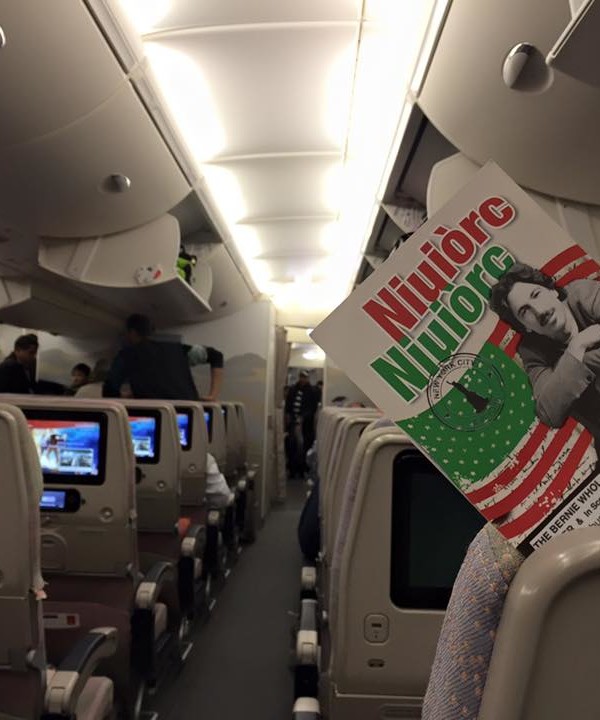 First edition of In Scena Winter with: 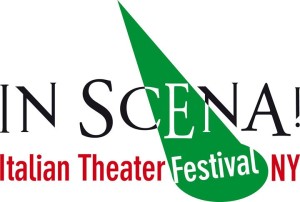 “Niuiórc Niuiórc”(In Scena! 2013 )Written, directed and performed by Francesco Foti – 75 minutesPerformed in English and Italian.Synopsis – A journey across the Big Apple, based on a true travel diary. A ‘young’ 40-year-old ‘boy’ finds himself disoriented in the big city. He gets lost in the streets, avenues and parks of Manhattan while meeting a unique collection of characters. A funny, tender and original story about finding yourself in a foreign city.

Francesco Foti – After training at the Accademia d’Arte Drammatica Paolo Grassi in Milan, Francesco Foti worked in the theater for many years as a member of the famous Italian company Cavalli Marci Company (which debuted on Italian TV in 1996), where he was an actor and a playwright. He also appeared in several movies such as “Baaria” by Oscar-winner Giuseppe Tornatore and is very well known for his work in Italian TV series as well as in cinema. The play debuted in Catania, Italy in 2011 and is being touring in Italy since then. In December 2015 NUOIRC NUIORC enjoyed sold out shows at the Palco Off Festival in Milan.

PRESS REVIEW“Foti showed an amazingly involving performance throughout which he never lost energy, even though he had problems with the music which didn’t start or stopped when it was supposed to. This made the audience laugh with him even more. […] Francesco Foti is fascination in acting out all of the chapters of his journey while involving the audience, which laughs and follows him through it. Throughout the play he successfully manages to determine what is so particular about a journey to New York for Italians.”Ludovica Martella – I-Italy“

L’Italia s’è desta” – Italy has Arisen (In Scena! 2014)Written and directed by Rosario Mastrota and performed by Dalila Desirée Cozzolino – 70 minutesPerformed in Italian and Calabrese Dialect with English Supertitles“L’Italia s’è desta” tells the story of Carletta, a Shakespearean village fool, who witnesses the kidnapping by the Calabrese mafia – ‘ndrangheta – of the Italian national soccer team. The army, politicians and journalists, too busy creating a media storm around the event, and blinded by the magnitude of the news, don’t notice her. She’s the only person who knows where the team is hidden – but nobody believes her. The show’s title is a quote from the Italian national hymn. “L’Italia s’è desta” has been awarded numerous prizes in Italy, including the Teatropia 2012 award (Mafia & Politics themes), the Restart Award at the Politically Incorrect Festival 2013, and Antimafie Dirittinscena Award 2013. It was also a finalist for the prestigious Hystrio Stage Writing award 2012. “L’Italia s’è desta” is the first play in an original trilogy about mafia by the Compagnia Ragli. The last play of the trilogy, “Ficcasoldi”, had its debut in Rome in January 2015.

Compagnia RagliThe show is presented by Compagnia Ragli theatre company. The company’s name identifies a starting point: the ‘raglio,’ meaning a donkey’s bray, as an evocative sound that represents meaning that begins from noise. Founded by author and director Rosario Mastrota, who trained and worked with famous Italian theater personalities (Motus and Emma Dante among others) and actress Dalila Desirée Cozzolino, who trained at the Centro Internazionale Formazione delle Arti in Cosenza, Calabria, and the Accademia Corrado Pani in Rome. Dalila Desirée Cozzolino with this show was also awarded the 2012 ‘Premio Centro’ Best Actress Award, the Festival Teatropia di Siena 2012, and the Festival per monologhi UNO, Firenze (2 cl) 2012.

PRESS REVIEW“But while groups with political agendas can be overly serious, sanctimonious, or even pious, that’s not the case with Mastrota and Cozzolino. Sly word play is never far off in their conversation, and along with heady jokes, L’italia has a remarkable amount of lightness and heart. This puts a surprising spin on the social critique, making it easier to hear the message that the creators so urgently want to spread.”Eliza Bent, TDF